A lot of things about humans make Deities laugh.  Humans saying that the bible is ‘the unerring word of god’ makes us literally wet ourselves.  We laugh that hard.

Unerring word of god — if you exclude the THOUSANDS OF DRAFTS that preceded the one that went to the printers (or in our case at the time the little old dude who was going to hand scrawl the whole thing).  Let me tell ya — when revisions came in?  That guy was a mensch.  And boy were there revisions.

Now, every Deity’s got their own ‘taste’.  I’ll admit — mine’s a little darker than most.  Has to do with my parents and it’s none of your ‘goddamned’ business, Pilgrim.

I always thought the book we all agreed to originally was far more interesting.  Far more.  For instance — In the original version?

The Angel dude doesn’t show up.  Abe kills Ike.  Kills him deader than dead.  In that version Ishmael becomes the Leader of a bunch of people who think they’re all chosen (which, I guess, makes sense since it’s their version of events but trust me — none of your human punk asses is ‘chosen’).

You can imagine the flack… ‘Ya can’t start a religion with a guy who kills his kid!’  Who the hell says you can’t?  Since when do the believers get to decide what THEY want to believe?  Who the hell is driving this bus?

Yeah, well — you got your way in the end, didn’t you?  Abe doesn’t ‘pike’ Ike.  He lets him live — and that’s why, today, something as abhorrent as ‘gefilte fish’ exists on your planet.

Noah’s Ark?  You all may think this is how we thought of it —

But, in the original (much better) version, No ark — JUST FLOOD.

For real.  In the original version, there’s no Noah.  None of his family.  Mankind sucks and they go bye-bye: Every Last One of Em — Return to sender (the sooner, the better)!  It rains and rains until every living thing on the planet is dead. 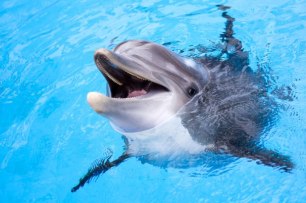 In the original version, the people building the Tower don’t have any kind of language issues or barriers.  But — funny irony — they communicated just fine as the whole structure burned down around them — with them screaming, catching fire… oh, it was awful.  Awful… But not how it got written up in the final draft.

And then there’s Moses… Ever meet someone who believes ‘Moses’ (not his real name — not even a real guy) actually ‘wrote’ the OT?  It’s the same guy who swears Harry Potter is real.

I could go on.  But Deities try to have lives to escape to…